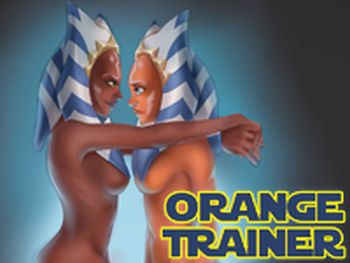 Howdy folks! I’ve been teasing you all about a game I’ve been working on called Orange Trainer for some time now.
Although I have shown some ingame art, I have never given you a hands-on demo to play around with. Until today!
I was asked to release a early alpha of the game so that people could try their hands at it and get an impression of what it will look like in the future.

So this is a ‘very’ early build of the game and will NOT yet feature any adult content. However I felt like it atleast made for a fun first glance at what the game will look like in the future.

V1.0
Version 1.0
Finale added
New art for Ahsoka sex scene
Added a use for potions
Added Plushie Bantha pet item
Fixed issues with Kit not showing up if she hasn't been unlocked yet.
Removed Armor staying on screen issue.
Removed placeholders
Added Jedi artifact item
Fixed tentacle scene in Koltotank while death sticks are active
Fixed bounty hunting missions
Reduced the cost of Starfighters
Fixed a bug where Starfighters would be destroyed after every mission
Reduced the maximum amount of hypermatter the girls at the Night Club could gather.
Slight increase in Hypermatter earned from regular jobs.
Removed developer menu from intro.
Added art for intro when the player picks up his robe for the first time.
Different breast sizes are in if Ahsoka is naked.
Fixed visual glitch for Shin if she has red skin and is wearing her bikini
v16+
[to be added]

v0.926
1. New character art. As some of you know, Flick unfortunately no longer works on the project, meaning I had to find a new artist for the project. Luckily SamCooper rose to the occassion. You will have already seen some of his work on Hando, The Stomach Queen and Marieke. Now this update also includes the new models for Ahsoka, Shin and Kit.
2. New scenes. Yes, you can now sleep with Kit and with Shin'na after they've been unlocked on the station.
3. Naboolicious can now be completed.
4. Detailed artwork for Shin'na breakdown scene.
5. Night Club. Can now build a night club at the station after finishing Naboolicious
6. Bugfixes. Including a rather annoying but that messed with ingame items. Hopefully it's gone for good new.a
BUT EX! I LIKED THE OLD ARTSTYLE!
No worries, you can turn the old artstyle back on via the "Status" screen. There will be a small button in the bottom left corner. Keep in mind that this artstyle is no longer being updated.
Why is Shin'na her face no longer moving?
Had to commission new facial expressions for her. Will be patched in the coming week.
There are bugs
Yup... there will always be bugs. Keep reporting them and I'll try getting them fixed.

v0.71
Christmas update. New outfits, new accessories, new consumables, and more!
Complete warmap overhaul (alpha version)
Sex scene art for Kit (only available during the girl's first time having sex together, but regular sex scenes will be added in the future). I really gotta say, ZionAxiel outdid himself with this piece. Might be my favorite one yet.
Some minor bugfixes


2-03-2022 the english version of the Orange Trainer game has been updated.

Subscribe to news Orange Trainer
When you change the news, you will receive a notification on E-mail and PM.
Subscribe
Already subscribed: 6
+1727
Game Orange Trainer
Update 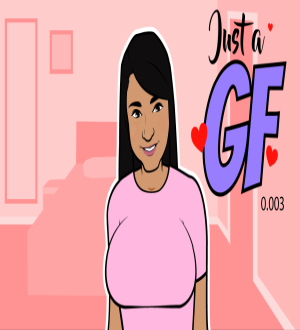 Just a GF
The idea behind just a GF is to create a girl that would do anything
! 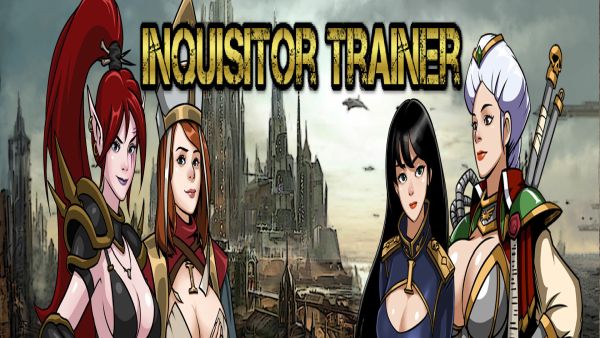 Inquisitor Trainer
The game based on naughty and perverted dark gothic era of the far
! 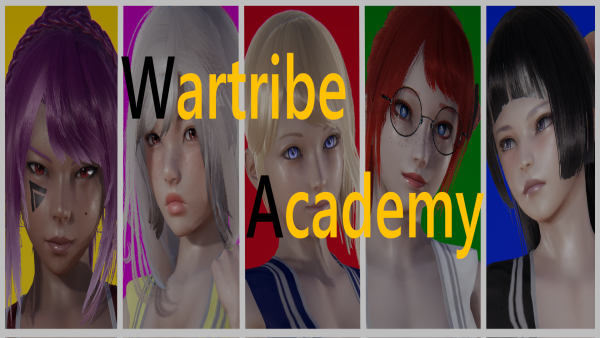 Wartribe Academy
You play the prince of a small tribe of warriors that has recently
! 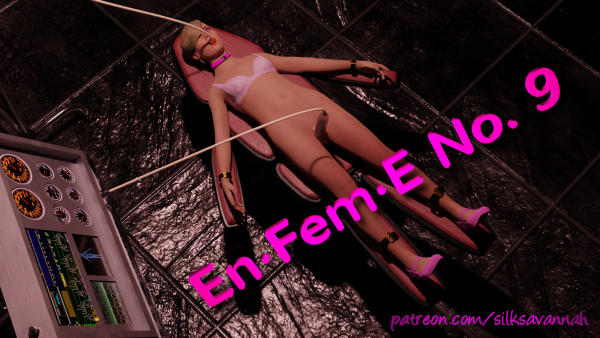 En-Fem-E No. 9
En-Fem-E No. 9 sees the main character start out as a normal college
Comments (0)
Comment
Information
Users of Guest are not allowed to comment this publication.
﻿